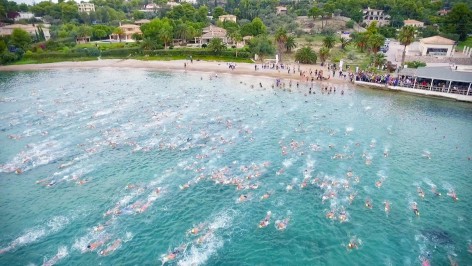 Spetses will once more be hosting, for the fifth consecutive year, Spetses mini marathon, an event that is gradually becoming an institution for this beautiful island of the Saronic gulf, opposite the equally majestic Argolida. From October seven to October nine, Spetses will be filled with athletes, professional or not, from Greece and the entire world. Among them you’ll find many famous people, like the exquisite Hollywood actress, Bo Derek. The athletes will have the opportunity to take part in various races from easy ones to rather demanding ones:

The children will also have the chance to show their skills and stamina with races divided by age:

This will also be the first year with a SUP event (it stands for Stand-Up Puddle) which is a relatively new sport that is very popular around the Mediterranean Sea and the world. The festivities won’t end here of course, because the people of Spetses know how to make everyone feel welcome. During the events, the participants will be able to make the best of the “Spetsiot Treats”, since the women of the island will provide pies, sweets and traditional recipes, always accompanied by ouzo and tsipouro. We just hope that they will enjoy them after they have finished their race. Finally, a whole evening will be dedicated to pasta, since the participants will take part in MELISSA Pasta Night. It is, after all, widely known that pasta is the food preferred by athletes. The heart of Greek sports will be beating in Spetses and Argolida from October seven to October nine! AKS Hotels Porto Heli – Hotels in Peloponnese

The well-established International Porto Heli Festival supporting Culture & the Arts returns for another year under the auspices of the non-profit organization OMEDIPO (Group...

Another “Blue Flag” for AKS Hinitsa Bay Beach in 2021

AKS Hinitsa Bay found itself for the 19th consecutive year on the list of beaches awarded with a “Blue Flag”, adding yet another important...

A once in a lifetime tennis experience will be within reach this summer at AKS Hinitsa Bay! Accomplished coach Filippos Karafilidis and his team...

Introducing an important media event on a global scale, the press presentation of Land Rover’s latest model will take place in Greece, since our...

If you are gastronomy aficionados, in constant search of sensational flavours then AKS Hinitsa Bay hotel will charm you with its delectable...

Arriving at Porto Heli, you are sure to be making your way onto the most exclusive bay of the entire Porto Heli gulf, Hinitsa...

This year, the contributors of the TV show “ΑΝΤ1 Το Πρωινό” share with us extraordinary and memorable moments, during their stay at the hotel.

Roger Federer is on vacation in Greece and, particularly, Argolida

Everyone knows that Porto Heli and the general region of Ermionida continuously attract various personalities from all over the world and that this year...

This Saturday and Sunday, on September 10 and 11, you’ll be able to see the most important events for Armata Spetses 2016, a spectacular...